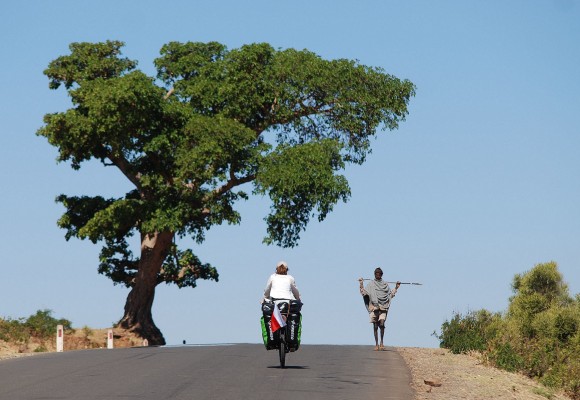 Two adventurers from Wroclaw – Marcin Korzonek and Magda Mokrzan in early March ended happily lasted 40 days project in Ethiopia – Danakil Bike 2015. The main goal was to drive to Salon – the hottest place on Earth and traveling Danakil Desert by bike without support from outside. According to information no one has done this before. The first part of the journey began at the source of the Blue Nile in Bahir Dar. The route led the historic trail of magnificent castles Gondaru, Simien Mountains scenic and historic stone stele Aksumu to Mekele – gates of Danakil Desert. Travelers have struggled not only with tough climbs the steep mountain passes up to three thousand meters, but also with the local people. The second part of the expedition was the most demanding. Cyclists entered the extremely inhospitable terrain – lies in a depression 120 meters below sea level Danakil Desert is famous not only extremely high temperatures, but also hostile to foreign people – Afars. Part of the route had to be covered by vast plains salt pan. Fairytale landscape Dalolu is full of hot salt springs, hissing geysers and sulfur-potassium multicolored blooms in the top of the lowest position in the world of the volcano at a height of 48 m. Then travelers struggling with troublesome hot winds underwent nearly 500 km through the extraordinary desert, the surface of which almost entirely covered with a black crust of lava, sometimes only outgoing sands. The journey ended in Semerz, the capital of Afars, after driving 1350 km. Throughout the expedition of Wroclaw on bikes defeated over 15,000 meters of climbing (uphill.) 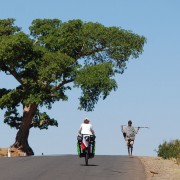 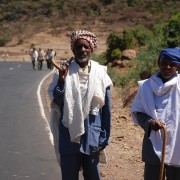 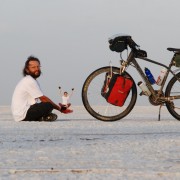 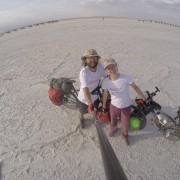 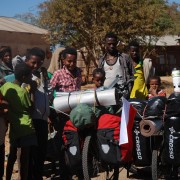